According to the plot of the clip, the spouses Sergey and Regina change roles with their son Angel and his girlfriend: magically, the parents are seventeen years old again, and the children suddenly become adults.

The actors and the film crew toured all the key locations of Sochi Park: they rode rides, played in the shooting gallery, had fun in the fountain, met Baba Yaga and other magical characters. Especially for filming in a huge street decoration – a wooden head of a Snake Gorynych – an improvised tattoo parlor was built, where Sergei and Regina "stuffed" paired tattoos. At the Nikulin Circus arena, which is visiting the park this summer, the heroes participated in tricks with a Tesla coil and electric lightning bolts! 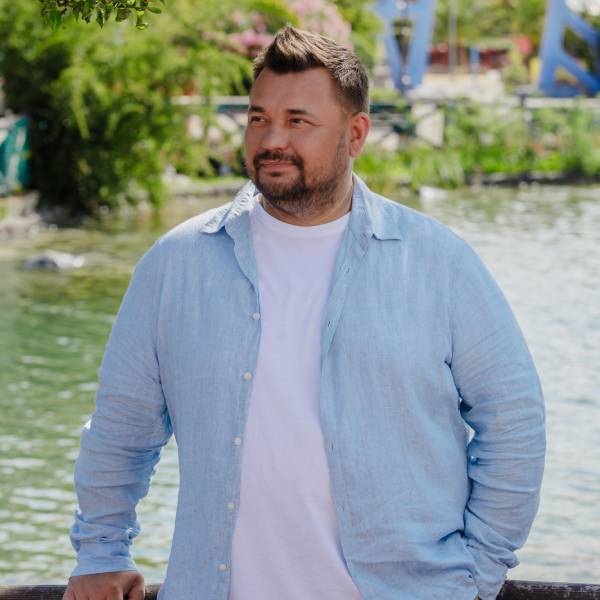 We don't often shoot with the whole family, but we flew to Sochi specifically for this clip. Here is the perfect setting for our fabulous story. Children want to grow up faster, and adults are happy to feel young and carefree. This is a kind song that we performed together with Angel, its lyrics are suitable for both teenagers and adults who, falling in love, feel like 17-year-olds again.
Sergey Zhukov
soloist of the band "Hands up"

In their free time, the Zhukov family appreciated the entertainment of Sochi Park: "All the time we spent in the park, I watched the enthusiastic eyes of children and adults."

Contact us
Choose ticket
To select a tariff more accurate, we recommend to measure the height of guests taking into account shoes. Entrance for children under 107 cm in height is free
GIVING A FLIGHT ON THE WHEEL OF TIME Buy a ticket "Sochi Park 2 days" and get a flight on the Ferris wheel "Wheel of Time" as a gift!

Add a ticket so that it is not empty!